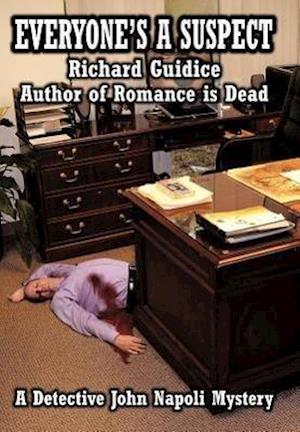 Who did it? The murder of a rich and powerful partner who worked at a securities firm produces a long list of suspects. Who killed Peter Goldstein? Was it his ex-wife, son, or perhaps a disgruntled investor? Detective John Napoli begins the investigation into the high profile crime. His new partner, Detective Terry Franklin, reminds Napoli everyone's a suspect. As the evidence is collected, the focus of the case turns toward Napoli's father in-law, Charles Martinez, a partner at the firm. Martinez had a recent altercation with the victim, which was witnessed by his secretary. After a second murder is committed, Martinez is arrested for both crimes. Napoli has to face a family crisis with his pregnant wife, who adamantly supports her father. As the trial begins, Napoli isn't convinced of his father in-law's guilt. Things don't look promising for Martinez as damaging testimony is given in the courtroom. Will Detective Napoli exonerate his father in-law of the crimes, or will Martinez face a life in prison? Everyone's a Suspect is a mystery that will keep you guessing until the surprising finish.