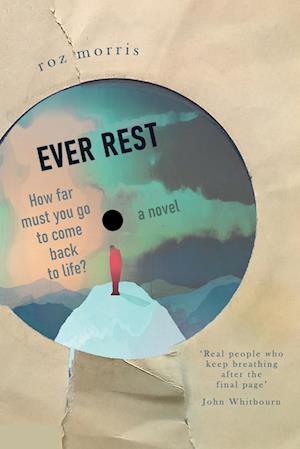 Twenty years ago, Hugo and Ash were on top of the world. As the acclaimed rock band Ashbirds they were poised for superstardom. Then Ash went missing, lost in a mountaineering accident, and the lives of Hugo and everyone around him were changed forever. Irrepressible, infuriating, mesmerizing Ash left a hole they could never hope to fill.

Two decades on, Ash's fiancée Elza is still struggling to move on, her private grief outshone by the glare of publicity. The loss of such a rock icon is a worldwide tragedy. Hugo is now a recluse in Nepal, shunning his old life. Robert, an ambitious session player, feels himself both blessed and cursed by his brief time with Ashbirds, unable to achieve recognition in his own right.

While the Ashbirds legend burns brighter than ever, Elza, Hugo and Robert are as stranded as if they were the ones lost in the ice. How far must they go to come back to life?

A lyrical, page-turning novel in the tradition of Dear Edward by Ann Napolitano, Ever Rest asks how we carry on after catastrophic loss. It will also strike a chord with fans of Meg Wolitzer's The Interestings and Taylor Jenkins Reid's Daisy Jones for its people bonded by an unforgettable time; fans of Ann Patchett's Bel Canto, for music as a primal and romantic force; and Jon Krakauer's Into Thin Air for the deadly and irresistible wildernesses that surround our comfortable world.