An Analysis of Eve Kosofsky Sedgwick's Epistemology of the Closet 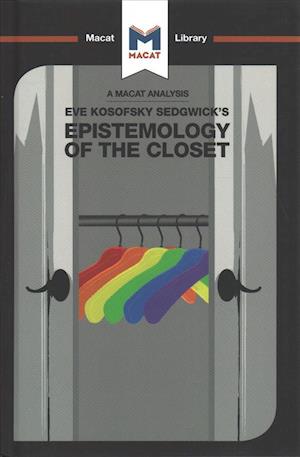 In this book, Sedgwick examines texts from Europe and America such as Wilde, Nietzsche and Proust and considers the historical moment when sexual orientation came to be as important a signifier of personhood as gender had been for centuries. In doing this, Sedgwick provides a history of sexuality that contends that the dualistic homo/heterosexual model is as much a basis for modern culture as it is an outcome of it. Thus, Sedgwick laid the foundations of Queer Theory, contributing to the contemporary debates regarding the relationship between desire and normative structures of power, the question of empirical sexuality, and the intricacies of the relationship between sexuality and gender.