- Study in the Spirituality of English Evangelicalism 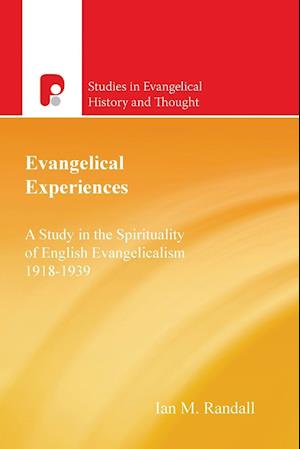 This book uses considerable primary material to examine movements of spirituality found within evangelical Protestantism between the First and Second World Wars. It analyses the way in which different patterns of devotion led to tensions and divisions between those holding a common commitment to the Bible, the cross of Christ, conversion and active Christian service. The chapters provide contrast between conservative views of spiritual experience, orientated to the past, and progressive forces, which were forward looking. It looks at evangelical Anglicanism, Wesleyan holiness streams of spirituality, those looking principally to the Reformed tradition, and Pentecostal-charismatic types of spirituality. Bifurcation bred evangelical weakness at a time when Anglo-Catholicism was growing strongly in its influence on English Christianity. This book seeks to illuminate this process and to provide a fresh interpretation of the period. It offers new insights, not only into a time of evangelical divergence, but also into the later twentieth-century story of the resurgence of evangelicalism .

Forfattere
Bibliotekernes beskrivelse An examination of movements of spirituality found within Evangelical Protestantism in England between the first and second world wars.