Europe in the Caucasus, Caucasus in Europe

- Perspectives on the Construction of a Region 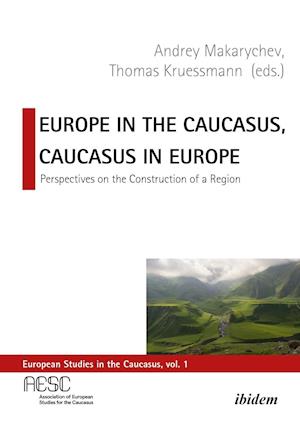 The book series "European Studies in the Caucasus" offers innovative perspectives on regional studies of the Caucasus. By embracing the South Caucasus as well as Turkey and Russia as the major regional powers, it moves away from a traditional viewpoint of European Studies that considers the countries of the region as objects of Europeanization. This first volume emphasises the movements of ideas in both directions -- from Europe to the Caucasus and from the Caucasus to Europe. This double-track frame illuminates new aspects of a variety of issues requiring reciprocity and intersubjectivity, including rivalries between different integration systems in the southern and eastern fringes of Europe, various dimensions of interaction between countries of the South Caucasus and the European Union in a situation of the ongoing conflict with Russia, and different ways of using European experiences for the sake of domestic reforms in the South Caucasus. Topics range from identities to foreign policies, and from memory politics to religion.

Forfattere
Bibliotekernes beskrivelse This volume emphasizes the movements of ideas in both directions--from Europe to the Caucasus and from the Caucasus to Europe. This illuminates a variety of issues, including rivalries between different systems, interaction between the South Caucasus and the European Union, and different ways of using European experiences for domestic reform.