- A Decade of ASEM 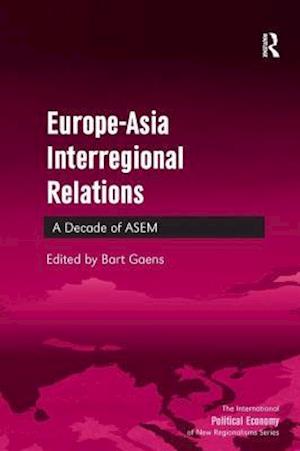 This book examines the interregional relations of the European Union with East Asia through the prism of the Asia-Europe Meeting (ASEM). ASEM currently brings together 16 Asian countries, the 27 member states of the European Union, as well as the ASEAN Secretariat and the European Commission. ASEM's ten-year anniversary and the Sixth Summit in Helsinki prompted reflection on the forum's accomplishments in three dimensions of interaction, its working methods, democratic involvement, public awareness and global strategic potential. The volume provides an in-depth evaluation of ASEM's first decade from a European perspective, including the achievements of the ASEM6 Summit and its implications for the future of the process. It also analyzes the role of interregional interaction as a tool for EU foreign policy.

Forfattere
Bibliotekernes beskrivelse Examines the inter-regional cooperation of the European Union with East Asia through the prism of the Asia-Europe Meeting (ASEM). This volume provides an in-depth background to ASEM and frames Europe's political and economical expectations within the post-Cold war context.