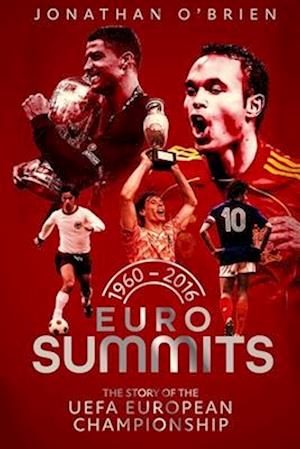 Panenka's pearl of a penalty in Belgrade, van Basten's volley of a lifetime in Munich, Gazza's agonising near-miss at Wembley: over its six decades, the UEFA European Championship has thrown up many of the most memorable stories in football lore. Now it gets the history it deserves. Euro Summits is the first full retelling of the tournament, from its tentative beginnings in the late 1950s to its elephantine expansion in the mid-2010s. Taking in the USSR's early success, the grim violence of 1968, France's cavalier feats on home soil in 1984, the sensational triumphs of no-hopers Denmark and Greece, Spain's modern-day dominance, all the way up to Portugal's shock victory in 2016, it's a panoramic portrait of an event that captures a whole continent's imagination every four years. Dramatic, detailed and teeming with compelling personalities like Michel Platini, Gunter Netzer, Hristo Stoichkov, Zinedine Zidane, Wayne Rooney and Cristiano Ronaldo, this is the complete story of a footballing event second only to the World Cup.

Forfattere
Bibliotekernes beskrivelse Until now, the UEFA European Championship has never had the full-length history it deserves. Euro Summits changes all that: a sprawling, detailed and hugely readable account of the world's second-biggest footballing event. From Netzer to Nedved, Panenka to Platini, Rooney to Ronaldo, this is the ultimate story of European football's blue riband. Includes colour picture section