- An Ideology for the Multipolar World 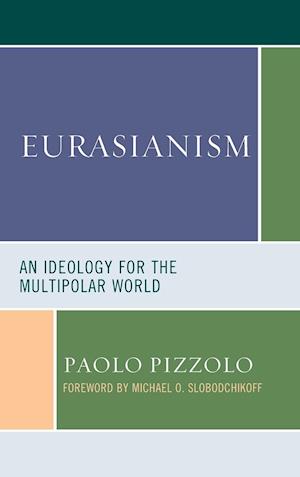 Eurasianism: An Ideology for the Multipolar World investigates the ideology of Eurasianism, a political doctrine that founds its principles on geopolitics and conservatism. Specifically, the book examines neo-Eurasianist thought and its implications for the international system. After collocating Eurasianism in the spectrum of conservative theories, the research analyzes its historical evolution from the early 20th century to its contemporary manifestations. Pizzolo describes the liaison between Eurasianism and geopolitics, describing the nature of geopolitics and the main theories that highlight the relevance of the Eurasian landmass, including Mackinder's "Heartland theory", Spykman's "Rimland theory", and Haushofer's "Kontinentalblock" project. The book also focuses on the central elements of the neo-Eurasianist ideology, including the key features of the so-called "Fourth Political Theory", arguing that Eurasianism could represent a theoretical contribution for the advent of the multipolar world.

Forfattere
Bibliotekernes beskrivelse Eurasianism: An Ideology for the Multipolar World examines the ideology of Eurasianism - specifically neo-Eurasianist thought - and its implications for the international system. 1 Illustrations, unspecified