indgår i serie Springerbriefs in Applied Sciences and Technology 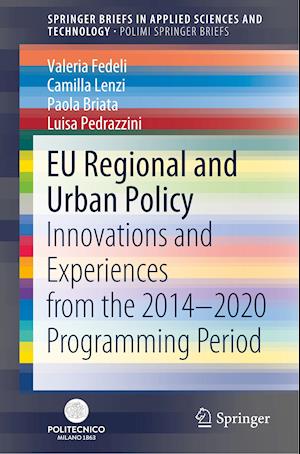 The book critically reflects on some of the most important novelties and experimentations in the context of the European Union's renewed urban and regional policy in the last programming period, 2014-2020. In particular, it examines four main innovations characterizing this period, which emerged as a result of the deep rethinking and reorganization of Cohesion Policy in the spirit of the place-based approach to local development, i.e. the development of the smart specialization strategy, the establishment of macro-regions, the focus on the urban dimension as a horizontal priority, and the role of social innovation in urban policy. Unlike other similar books, it analyzes the urban dimension of the reformed EU cohesion policy, especially focusing on its interplay with the regional dimension, and which has not been fully addressed to date.The book is intended for social scientists engaged in research on European issues, especially from regional and urban perspectives, policy-makers, particularly at the local level, and graduate students interested in regional and urban European matters.