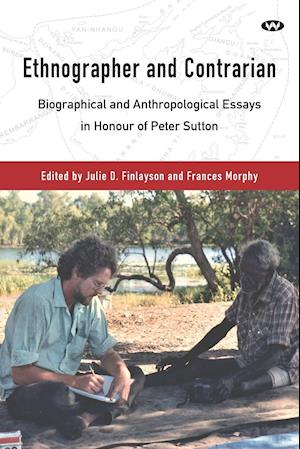 Peter Sutton has been at various times, and sometimes simultaneously, a museum-based anthropologist with a foundational role in raising the profile of Australian Indigenous art, an anthropologist and linguist who has made significant ethnographic, analytical and theoretical contributions to both fields, and to the intersection between them, an expert on native title, and a public intellectual.

In Ethnographer and Contrarian Sutton's colleagues reflect on aspects of his life and work. The book begins with a set of biographical essays that provide an overview of Peter's life and career, including a fascinating account of his early years.

The second section focuses on his debate-changing and controversial book The Politics of Suffering. The essays reflect on the reactions to its original publication, or on its resonances with contributors' own experiences in the field.

The third set of essays address Sutton's ground-breaking analysis of social change and of the transition between 'classical' and 'post-classical' social formations in Aboriginal Australia, and the emergence of 'families of polity'. The volume concludes with a complete bibliography of Sutton's published works.