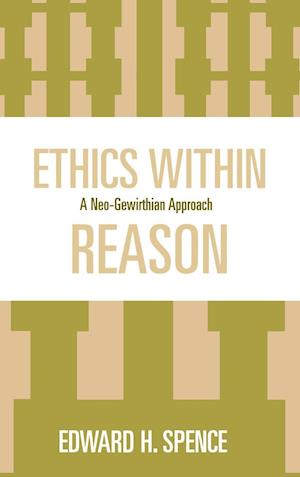 In Ethic Within Reason, Edward Spence combats the attack against Alan Gewirth's argument for Principle of Generic Consistency. Gewirth's work often comes under scrutiny due to its unrelenting rationalist position. Spence bases his defense on Gewirth's strong justifications and resolution to traditional conflict. Through a close reading ofReason and Morality (1978), Spence uses his voice to give Gewirth's work a unique contemporary style and meaning while still holding fast to substantial features of moral principle: voluntariness and purposiveness. He uses his voice to generate a rationalist theory of morality that includes rights, virtues and sentiments of the community. Spence examines and argues criticisms against Gewirth in order to solidify his belief that Gewirth's moral philosophy still stands as one of the leading works in the study of moral philosophy.