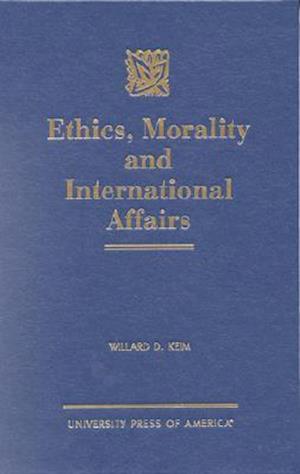 Does morality apply to international politics? Can one be a realist and ethical at the same time? Willard D. Keim answers these questions in Ethics, Morality, and International Affairs, arguing that the key to the paradigm of foreign relations is the recognition of the freedom of other human beings. Drawing upon Jean-Paul Sartre's two principles-being in-itself and being for-itself-Keim proposes that while morality should be pertinent to international policy, the world is imperfect, and values are not absolutes derived from nature. He develops the idea of lucidity, and in the final chapter applies his theories to the Persian Gulf War. Scholars of international politics as well as philosophers, and the general educated public, will find this book a fascinating read.