Ethics in the Public Domain 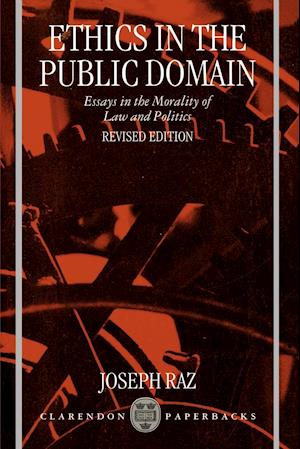 This new collection of essays opens with a pivotal essay, not previously published, on the implications of the moral duties which arise out of concern for the well-being of others. The first part of the book concentrates on the consequences of two central aspects of well-being: the importance of membership in groups - the role of belonging - and the active character of well-being - that it largely consists in successful activities. Both aspects have far-reachingpolitical implications, explored in essays on free expression, national self-determination, and multiculturalism, among others. Against the background of the moral and political views developed in the first part, the second part of the book explores various aspects of the dynamic inter-relations betweenlaw and morality, offering some building blocks towards a theory of law.