Ethics, Aesthetics and the Historical Dimension of Language

indgår i serie The Selected Writings of Hans Georg Gadamer 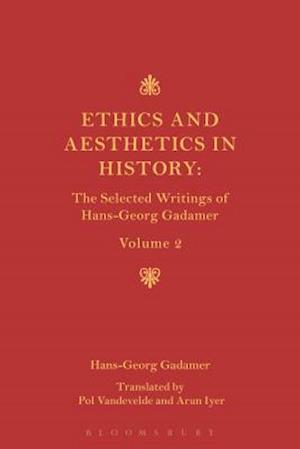 Ethics, Aesthetics and the Historical Dimension of Language collects together Gadamer's most important untranslated writings on ethics, aesthetics and language.With a substantial introduction by the editors exploring Gadamer's ethical project and providing an overview of his aesthetic work, this book collects Gadamer's writings on ancient ethics, including the moral philosophy of Aristotle, and on practical philosophy (first section). In the second section, Gadamer's writings on art are collected, including his examination of poetry, opera and painting among other art forms. The third section comprises Gadamer's essays on language in its historical dimension. This important collection is a useful resource for scholars in philosophy, studying hermeneutics, continental, 20th-century and German philosophy.