indgår i serie Sport in the Global Society - Contemporary Perspectives 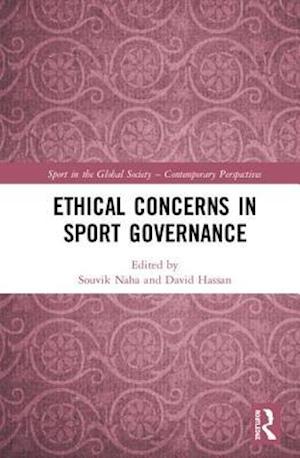 Sport governance no longer stirs public opinion only when scandals surface; it has become a persistent concern for a number of stakeholders, such as the media, sport followers, and corporates that produce and sponsor sport. Contemporary sport governance is characterised by tension between sport's potential for commercial benefit on the one hand and moral education and social development on the other. The perceived incompatibility of these two aspects has led to intense conversations in the media, administrative circles, and the public sphere about the need for ethics to be the key element of governance. The chapters in this volume explore the contemporary forms of governance that is structured by sport's extensive transnational networks, shifts in what the stakeholders mentioned above understand by 'ethics', and the emergence of new stakeholders. They identify as the two major directions of contemporary sport governance the growing significance of the non-West, especially in relation to event hosting, and the need for controlling the behaviour of emergent interest groups. The latter is a complex constellation of athletes, officials, supporters, lawyers, and politicians who share power and collectively determine corporate and non-profit governance, legal aspects, and regulatory mechanisms from within their subjective locations.The chapters in this book were originally published in a special issue in Sport in Society.