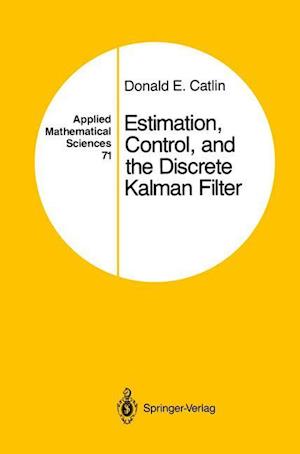 In 1960, R. E. Kalman published his celebrated paper on recursive min imum variance estimation in dynamical systems [14]. This paper, which introduced an algorithm that has since been known as the discrete Kalman filter, produced a virtual revolution in the field of systems engineering. Today, Kalman filters are used in such diverse areas as navigation, guid ance, oil drilling, water and air quality, and geodetic surveys. In addition, Kalman's work led to a multitude of books and papers on minimum vari ance estimation in dynamical systems, including one by Kalman and Bucy on continuous time systems [15]. Most of this work was done outside of the mathematics and statistics communities and, in the spirit of true academic parochialism, was, with a few notable exceptions, ignored by them. This text is my effort toward closing that chasm. For mathematics students, the Kalman filtering theorem is a beautiful illustration of functional analysis in action; Hilbert spaces being used to solve an extremely important problem in applied mathematics. For statistics students, the Kalman filter is a vivid example of Bayesian statistics in action. The present text grew out of a series of graduate courses given by me in the past decade. Most of these courses were given at the University of Mas sachusetts at Amherst.