Essays on the Intellectual Powers of Man 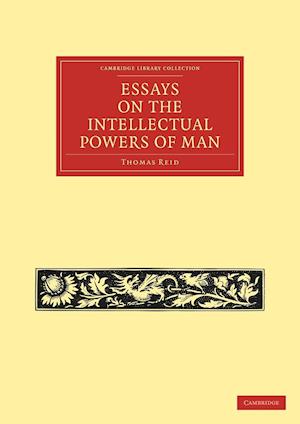 Thomas Reid (1710-1796) was a philosopher who founded the Scottish school of 'common sense'. Much of Reid's work is a critique of his contemporary, David Hume (1711-1776), whose empiricism he rejects. In this work, written after Reid's appointment to a professorship at the university of Glasgow, and published in 1785, he turns his attention to ideas about perception, memory, conception, abstraction, judgement, reasoning and taste. He examines the work of his predecessors and contemporaries, arguing that 'when we find philosophers maintaining that there is no heat in the fire, nor colour in the rainbow ... we may be apt to think the whole to be only a dream of fanciful men, who have entangled themselves in cobwebs spun out of their own brain'. Written by one of the Scottish Enlightenment's most important thinkers, this work brings to life the intellectual debates of the time.