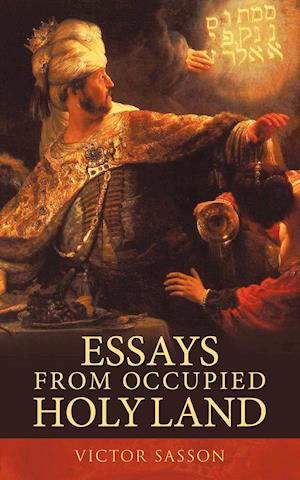 Essays From Occupied Holy Land exposes and demolishes malignant, oft-repeated Zionist propaganda myths. The truth is: Zionism is not Judaism, criticism of Israel is not anti-Semitism, Middle Eastern Jews were not expelled from their homelands, Israelis do not seek peace. The founders of the militaristic Zionist State and their successors - Yiddish speakers, of mixed Slavic-Germanic and other non-Semitic origins - have deceptively hid behind a religious smoke-screen aimed at covering up their colonial and apartheid policies and practices. They managed - with American help - to create a Philistine colony in the Semitic heartland of the Near East, falsely claiming a return to an ancestral homeland. The biblical, messianic Return of the Exiles, however, speaks of the return of Semitic, Near Eastern Jews - a return which would be realised through peaceful, just means, not through wars, dispossession of the Palestinians, and the cultural - and eventual ethnic - cleansing of Sephardi-Babylonian Jewry. Partly personal-biographical, partly documentary-scholarly, Essays From Occupied Holy Land presents an indictment of a rogue, bellicose, Philistine State that is foreign to the Near East and its Biblical and Semitic history and culture.