Espionage in the Divided Stuart Dynasty 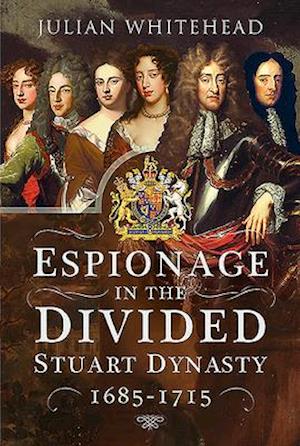 King James II was the Catholic king of a Protestant nation, but he had inherited a secure crown and was able to put down the rebellion by his nephew the Duke of Monmouth. In just over three years James had been deserted by those he loved and trusted and had to flee to France in exile. His throne was seized by his son-in-law and daughter, and when they died, his younger daughter succeeded. For James it was a personal tragedy of King Lear proportions; for most of his subjects it was a 'Glorious Revolution' that saved his kingdoms from Popery.

Over the next hundred years James or his descendants would attempt to win back the crown with French support and conspiring with British Jacobites and Tories. In Espionage in the Divided Stuart Dynasty, Julian Whitehead charts the inner workings of government intelligence during this unstable period, where it was by no means a forgone conclusion that James or his heirs would never regain the throne. It throws light on the murky world of spies and double agents at a time of intensive intrigue and betrayal, with many politicians and peers trying to keep a foot in both camps. It was especially important in such circumstances for a monarch to receive good intelligence about the many intrigues, but could those providing the intelligence be trusted?