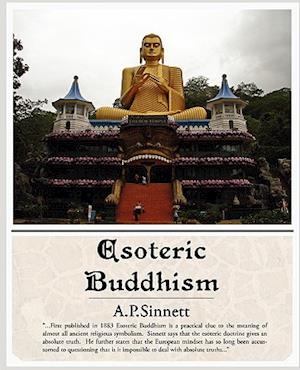 First published in 1883 Esoteric Buddhism is a practical clue to the meaning of almost all ancient religious symbolism. Sinnett says that the esoteric doctrine gives an absolute truth. He further states that the European mindset has so long been accustomed to questioning that is it impossible to deal with absolute truths. From the preface "The fact is, however, that esoteric Buddhism, though by no means divorced from the associations of exoteric Buddhism, must not be conceived to constitute a mere imperium in imperio - a central school of culture in the vortex of the Buddhist world. In proportion as Buddhism retreats into the inner penetralia of its faith, these are found to merge into the inner penetralia of other faiths. The cosmic conceptions, and the knowledge of Nature on which Buddhism not merely rests, but which constitute esoteric Buddhism, equally constitute esoteric Brahmanism. And the esoteric doctrine is thus regarded by those of all creeds who are "enlightened" (in the Buddhist sense) as the absolute truth concerning Nature, Man, the origin of the Universe, and the destinies toward which its inhabitants are tending."