Eschatology in the Making 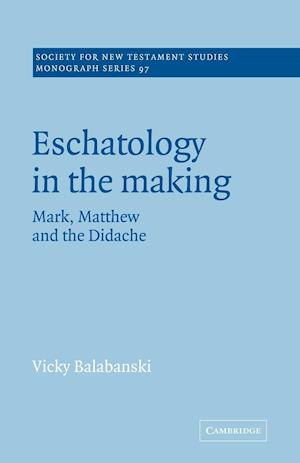 If the expectations of the early church concerning the return of Christ and the end of the world were disappointed, the magnitude of the disappointment and the form in which it was expressed do not seem to fit with the expectations of modern scholars. This 1997 study questions both the idea that the delay of Christ's return - the parousia - was the primary factor shaping the development of eschatological expectation in the early church, and the linearity of the models used to understand the development of early Christian eschatology. Vicky Balabanski argues that Matthew's Gospel shows a more imminent expectation than Mark's, and that there were fluctuations in eschatological expectation caused by factors within these early communities and those of the Didache. She traces these fluctuations and offers some new interpretative keys to Mark 13, Matthew 24 and 25 and Didache 16, as well as some vivid and original historical reconstructions.