Escaping with His Life

- From Dunkirk to Germany via Norway, North Africa and Italian POW Camps 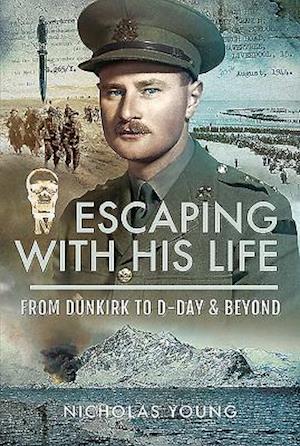 Very few British soldiers could lay claim to such a full war as Leslie Young. Having survived the retreat to and evacuation from Dunkirk, he volunteered for the newly formed Commandos and took part in their first operation, the raid on the Lofoten Islands. He fought and was captured in Tunisia. He went on the run before his POW camp at Fontanellato was taken over by the Nazis after the September 1943 Italian armistice. He spent six months on the run in the Apennine mountains aided by brave and selfless Italians. Many of whom were actively fighting their occupiers. He eventually reached Allied lines but not before several his companions were tragically killed by both German and American fire.On return to England he immediately signed up for the invasion of North West Europe and despite being wounded eventually fought through to Germany.It is thanks to his son's research that Major Young's story can now be told. It is an inspiring and thrilling account which demands to be read.