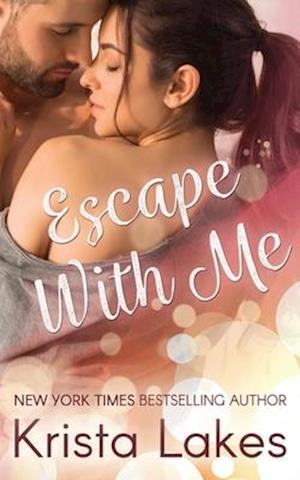 They say life begins after 40, but Cassie ain't feelin' it. Divorced and feeling trapped by her job, she wants to let loose for her friend's tropical beach wedding. She decides to let her hair down and get a little unpredictable. That's when she meets a handsome bartender, Wyatt.

Despite a few grey hairs, Wyatt's the liveliest man that Cassie has ever met. She knows that there's got to be more to his life story than just being a bartender, but this is just supposed to be a vacation fling. And after sunny days spent breaking all the rules on the beach together, Cassie realizes that nobody has ever listened to her the way that Wyatt does.

His carefree life is enviable, his kisses are intoxicating, and she can almost imagine a life with him. But all vacations come to an end. And when Cassie invites him to visit her hometown, Wyatt reveals that he can never go back. Not to her town. Not to America. Not to civilization.

Cassie leaves, confused and heartbroken, wondering just who she got herself involved with. Suddenly, her predictable life gets turned upside down when she sees her picture splashed across the Internet. And when the tabloids come looking for the mature woman who found the lost billionaire, she has no idea what to do...