- Law and the New Politics of Postcolonialism 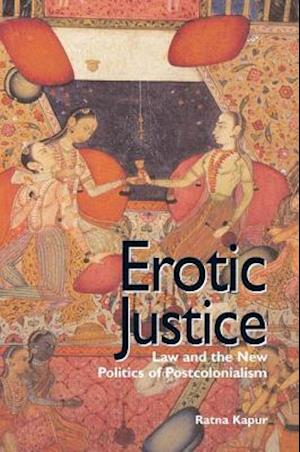 The essays in Erotic Justice address the ways in which law has been implicated in contemporary debates dealing with sexuality, culture and `different' subjects - including women, sexual minorities, Muslims and the transnational migrant. Law is analyzed as a discursive terrain, where these different subjects are excluded or included in the postcolonial present on terms that are reminiscent of the colonial encounter and its treatment of difference. Bringing a postcolonial feminist legal analysis to her discussion, Kapur is relentless in her critiques on how colonial discourses, cultural essentialism, and victim rhetoric are reproduced in universal, liberal projects such as human rights and international law, as well as in the legal regulation of sexuality and culture in a postcolonial context. Drawing her examples from postcolonial India, Ratna Kapur demonstrates the theoretical and disruptive possibilities that the postcolonial subject brings to international law, human rights, and domestic law. In the process, challenges are offered to the political and theoretical constructions of the nation, sexuality, cultural authenticity, and women's subjectivity.