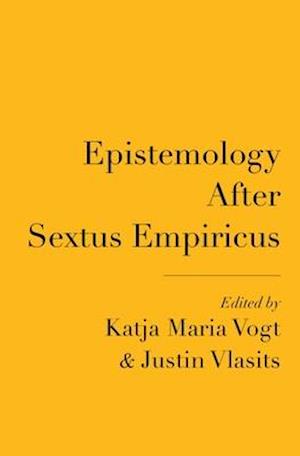 How effectively can governing mechanisms forged before the surge of activist investment continue to protect shareholders and efficiently order capital markets? This is a pressing question for scholars and practitioners of corporate law, as well as for market participants generally. In order to illuminate the extent to which the growing trend of shareholder activism calls for a new understanding of the kind of shareholder-corporate relations the law should facilitate,this book introduces the concept of shareholder-driven corporate governance. This concept refers to the evident phenomenon of shareholder involvement in corporate governance and offers a normative endorsement of this development. In order to secure the benefits of investors' increasing involvement in corporate affairs, regulatory regimes must grapple with a number of considerations. This book is based on the idea that shareholder corporate governance is a welcome development, but that it does not come without regulatory challenges. For one, it requires rejecting the idea that well-ordered capital markets can be achieved through corporate law which is subservient to private ordering. The mandatory character of, forexample, securities regulation is vital to fostering shareholder involvement in corporate affairs. Defenders of shareholder corporate governance must also confront the matter of "wolf packs," or loosely formed bands of investors who defy existing regulatory categories but nonetheless exert collectiveinfluence. Regulation that is sensitive to both the inadequacies of past approaches to corporate-shareholder relations and the novel challenges posed by increasing shareholder activism will be able to harness activism, allowing capital markets to flourish.Sextus Empiricus was the voice of ancient Greek skepticism for posterity. His writings contain the most subtle and detailed versions of the ancient skeptical arguments known as Pyrrhonism, adding up to a distinctive philosophical approach. Instead of viewing philosophy as valuable because of the answers it gives to important questions, Sextus considered the search for answers itself to be fundamental and offered a philosophy centered on inquiry. Assuming the point ofview of an active inquirer, Sextus developed arguments concerning conflicting appearances, infinite regress in argument, dogmatic assertion of premises that are insufficiently justified, and many other ideas that fascinated later philosophers of knowledge across the centuries. He provided a uniqueperspective on topics of enduring relevance such as perception, language, logical consequence, belief, ignorance, disagreement, and induction.While Sextus's importance to epistemology was appreciated by early modern and modern philosophers, he is underrepresented in contemporary discussions. In order to put Sextus back in the center of epistemology, these essays discuss his influence in the history of modern philosophy as well as contemporary engagements with Sextus's version of Pyrrhonian skepticism. The contributors investigate epistemology after Sextus, addressing four core themes of Sextus's skepticism: appearances andperception, the structure of justification and proof, belief and ignorance, and ethics and action. The arguments presented here bridge the divide between contemporary and ancient debates about knowledge and skepticism and will appeal to philosophers interested in epistemology and philosophy of mind as well asthose interested in ancient philosophy and the history of philosophy more generally.

Forfattere
Bibliotekernes beskrivelse Sextus Empiricus was the voice of ancient Greek skepticism for posterity, providing a model of skeptical philosophy that remains significant to this day. This volume collects essays discussing Sextus's influence in the history of modern philosophy as well as contemporary engagements with Sextus's version of Pyrrhonian skepticism.