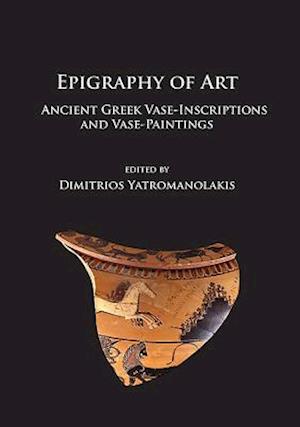 Ancient Greek vase-paintings offer broad-ranging and unprecedented early perspectives on the often intricate interplay of images and texts. By bringing together-for the first time in English-language scholarship-an international group of leading scholars in classical art and archaeology who have worked on vase-inscriptions, this book investigates epigraphic technicalities of Attic and non-Attic inscriptions on pottery as well as their broader iconographic and sociocultural significance. The ten chapters in this book propose original and expert methodological approaches to the study of vase-inscriptions and vasepaintings, while also foregrounding the outstanding but not fully examined importance of the area of vase-inscriptions for current research on ancient Greek visual representations. Epigraphy of Art: Ancient Greek Vase-Inscriptions and Vase-Paintings constitutes a major contribution to the fields of Greek epigraphy and classical art and archaeology and will prove significant for epigraphists, archaeologists, and art-historians interested in the complexities of the interaction of art and text.

Forfattere
Bibliotekernes beskrivelse Ancient Greek vase-paintings offer broad-ranging and unprecedented early perspectives on the often intricate interplay of images and texts. This book investigates both epigraphic technicalities of Attic and non-Attic inscriptions, and their broader, iconographic and sociocultural, significance. Illustrated throughout in colour and black & white