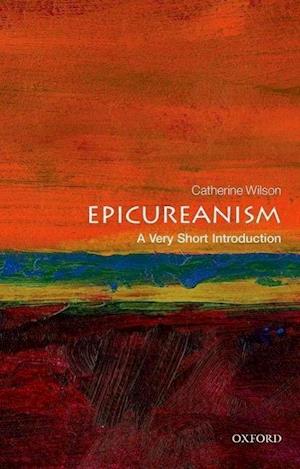 Epicureanism is commonly associated with a carefree view of life and the pursuit of pleasures, particularly the pleasures of the table. However it was a complex and distinctive system of philosophy that emphasized simplicity and moderation, and considered nature to consist of atoms and the void. Epicureanism is a school of thought whose legacy continues to reverberate today.In this Very Short Introduction, Catherine Wilson explains the key ideas of the School, comparing them with those of the rival Stoics and with Kantian ethics, and tracing their influence on the development of scientific and political thought from Locke, Newton, and Galileo to Rousseau, Marx, Bentham, and Mill. She discusses the adoption and adaptation of Epicurean motifs in science, morality, and politics from the 17th Century onwards and contextualises the significance of Epicureanismin modern life. ABOUT THE SERIES: The Very Short Introductions series from Oxford University Press contains hundreds of titles in almost every subject area. These pocket-sized books are the perfect way to get ahead in a new subject quickly. Our expert authors combine facts, analysis, perspective, new ideas, and enthusiasm to make interesting and challenging topics highly readable.

Forfattere
Bibliotekernes beskrivelse This Very Short Introduction corrects the prevalent view of Epicureanism that often conjures up ideas of tasty delights and hedonism. Wilson explains the philosophical and scientific ideas of Epicurus and his followers and the legacy of Epicureanism on later European thought. 10 black and white halftones