Epee 2.0: The Birth of the New Fencing Paradigm 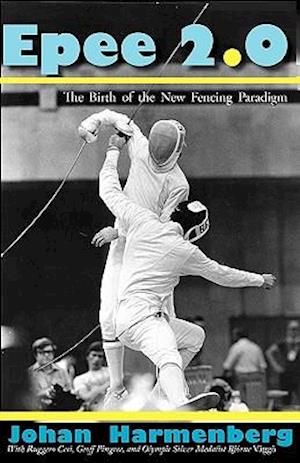 Johan Harmenberg had left his native Sweden because he had "given up" on serious competitive fencing. But when he came to MIT, he met an innovative coach - the late Eric Sollee. Scribbling on a napkin in a Cambridge bar, Eric, Johan, and the other MIT fencers sketched the "Three Conjectures" of a new fencing paradigm" - a way to force a more skillful opponent to play your game. On his return to Sweden, Johan developed it into an art and a science, then put it into effect with a vengeance. Despite being snubbed by the Swedish authorities because of his unorthodox style, he won the World Championship in 1977 and the Olympic Gold Medal in 1980. In this groundbreaking book, Johan reveals his methods, showing how to can neutralize the superior technique of even the best classical fencers. Plus Olympic Silver Medalist Bjorne Vaggoe adds his personal application of the new paradigm and Geoff Pingree tells how it was applied with stunning success at MIT.