- Praves, I: Environmental ethics and buddhism 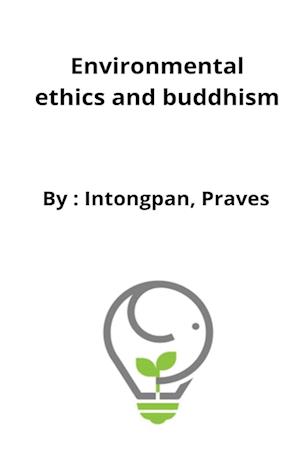 INTRODUCTION In the pre-histonc age, human beings lived in harmonious co-existence with nature. They dwelled in forests, caves and places endowed with natural water sources. They drew on their environment for their basic needs in food, clothing, shelter and medicine. Most of their tools were made roughly and simply from stone or wood. They did not have machinery and modern equipment to ease their day-to-day living. Therefore natural resources were, by and large, left to prosper and flourish, as men had not yet learned to capitalize on them. Later, men gradually discovered the uses of fire, stone and metals. They started to raise cattle and engaged in farming. They began to build living quarters and gathered in small communities. In the setting up of various civilizations, men depended greatly on natural resources of various forms to invent multifarious tools to serve them. The more men seek for comfort, the more they turn to natural resources to satisfy their innate desire. The more science and technology advances, the more natural resources are tapped and often exploited. Untampered, nature prospers according to a well-proportioned scheme of interdependence so that every living thing depends on one another. Hence, green leaves, for example, depend on sunlight and water from the soil. At the same time, nature has its own balance so that if one factor is disturbed, the loss will be made up to ensure the perpetuation of the world as a whole. Thus a sapling will replace a fallen tree, and its cub will replace a vanquished lion. However, even in natural surroundings, there were times when the ability to make up for the loss was limited. Therefore, we have witnessed the extinction of some animals-such as dinosaurs, and also in the plant kingdom. It has been historically observed during the seventeen century B.C. that man proclaimed his full dominance over nature and its properties. At the same time, due to,