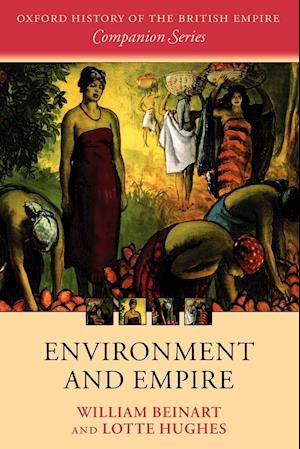 European imperialism was extraordinarily far-reaching: a key global historical process of the last 500 years. It locked disparate human societies together over a wider area than any previous imperial expansion; it underpinned the repopulation of the Americas and Australasia; it was the precursor of globalization as we now understand it. Imperialism was inseparable from the history of global environmental change. Metropolitan countries sought raw materials of all kinds, from timber and furs to rubber and oil. They established sugar plantations that transformed island ecologies. Settlers introduced new methods of farming and displaced indigenous peoples. Colonial cities, many of which became great conurbations, fundamentally changed relationships between people and nature. Consumer cultures, the internal combustion engine, and pollution are now ubiquitous. Environmental history deals with the reciprocal interaction between people and other elements in the natural world, and this book illustrates the diverse environmental themes in the history of empire.Initially concentrating on the material factors that shaped empire and environmental change, Environment and Empire discusses the way in which British consumers and manufacturers sucked in resources that were gathered, hunted, fished, mined, and farmed. Yet it is also clear that British settler and colonial states sought to regulate the use of natural resources as well as commodify them. Conservation aimed to preserve resources by exclusion, as in wildlife parks and forests, and to guarantee efficient use of soil and water. Exploring these linked themes of exploitation and conservation, this study concludes with a focus on political reassertions by colonised peoples over natural resources. In a post-imperial age, they have found a new voice, reformulating ideas about nature, landscape, and heritage and challenging, at a local and global level, views of who has the right to regulate nature.