indgår i serie Emotions in History 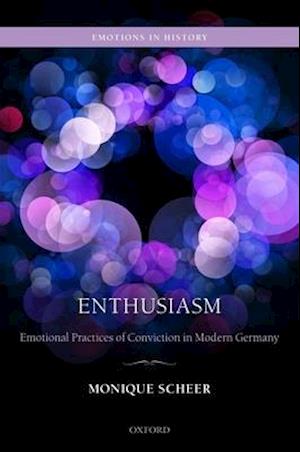 Enthusiasm seeks to contribute to a culturally and historically nuanced understanding of how emotions secure and ratify the truth of convictions. More than just pure affective intensity, enthusiasm is about something: a certainty, clarity, or truth. Neither as clearly negative as fanaticism nor as general as passion, enthusiasm specifically entails belief. For this reason, the book takes its starting point in religion, the social arena in which the conceptwas first debated and to which the term still gestures. Empirically based in modern German Protestantism, where religious emotion is intensely cultivated but also subject to vigorous scrutiny, it combines historical and ethnographic methods to show how enthusiasm has been negotiated and honed as a practice inProtestant denominations ranging from liberal to charismatic. The nexus of religion and emotion and how it relates to central concepts of modernity such as rationality, knowledge, interiority, and sincerity are key to understanding why moderns are so ambivalent about enthusiasm. Grounded in practice theory, Enthusiasm assumes that emotions are not an affective state we 'have' but mind-body activations we 'do', having learned to perform them in culturally specific ways. When understoodas an emotional practice, enthusiasm has different styles, inflected by historical traditions, social milieus, and knowledge (even ideologies) about emotions and how they work. Enthusiasm also provides insight into how this feeling works in secular humanism as well as in politics, and why it is so contestedas a practice in any context.

Forfattere
Bibliotekernes beskrivelse Enthusiasm is desirable, yet dangerous. More than just affective intensity, it entails belief. Combining historical and ethnographic methods, this book explores different styles of religious enthusiasm in Modern Germany, inflected by historical traditions and social milieus, in an effort to understand the modern ambivalence toward this feeling.