- The Guru Cult of Tibetan Buddhism 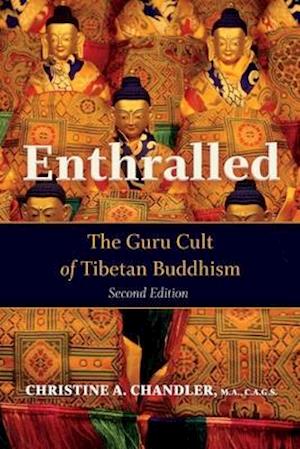 Enthralled: The Guru Cult of Tibetan Buddhism exposes the real story behind the recent scandals regarding Shambhala International and Rigpa International, and their head Lamas, Sakyong Mipham, and Lama Sogyal Rinpoche, whose egregious sexual and other abuses of their western students have been all over the mainstream news in the 2017-2018 news cycle. Forcing these lamas to extricate themselves to parts unknown to escape criminal consequences. Enthralled reveals how this is only the 'tip- of- the iceberg' of what lies beneath the smiles of these Tibetan lamas. Chandler's book examines: The history of Tibetan Lamaism and its institutionalized sexual exploitation of young females for the Lamas' secret Vajrayana occult practices that are nothing the Buddha ever taught. How the institution of Tulkus, i.e. recognized 'living Buddhas' by the Lamaist hierarchy, ensures despotic fundamentalism, that is abusive to everyone; including the little boys who are groomed by Tibetan Lamaism to be its brand names. How Tibetan 'Buddhism' is Lamaism, not Buddhism; a misogynistic priesthood of occult, superstitious practices of 8th century Indian Tantric yogis and ancient Bon shaman practices, mixed with traditional Mahayana Buddhism, that meets the criteria of cult-experts Lifton and Singer of what makes a cult a cult, including its guru yoga practices; the most effective of their cult techniques. How the roots of the mindfulness movement originated with two Tibetan Tantric students and the Dalai Lama's Mind and Life Institute that is now 'corporatized' as a secular, 'scientific' and nontheistic commodity to hide the truth of its superstitious, anti-science, anti-secular and anti-Western nature.How the sexual and other abuses by these Tibetan Lamas. and their 'advanced' western inner circle, are not exceptional acts of exploitation done by rogue lamas but are built into the Vajrayana teachings, themselves. With 'on-the-ground analysis, extensive documentation, and a fact-filled, personal narrative, Enthralled: The Guru Cult of Tibetan Buddhism delves deep into the dangers this spread of Tantra, through Tibetan Buddhism and the mindfulness movement, poses to the separation of Church and State and our western democratic values and freedoms over time.