Enola Holmes 4: The Case of the Peculiar Pink Fan 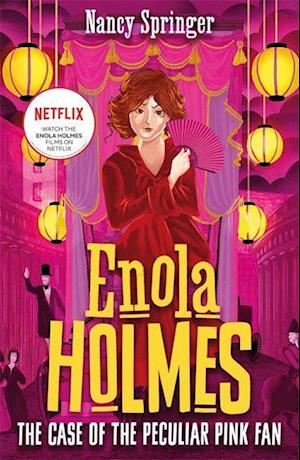 Follow London's newest detective, Enola Holmes, in her fourth fantastic adventure - from the series that inspired the film, starring Millie Bobby Brown.The ever-elusive Enola Holmes has now been on the run for more than eight months, much to the bemusement of her brother - the world's most famous detective, Sherlock Holmes.During a chance encounter with an old acquaintance, Lady Cecily, Enola realises that there is more to the young woman's plight than meets the eye. Especially when she leaves behind a dire plea for help within a peculiar pink fan . . .Puzzled, Enola finds she has no choice but to risk her freedom and join forces with Sherlock.But can she trust him? And can they both save Lady Cecily in time? Enola Holmes captivates in this sensational fourth adventure.