Enlightenment and Romance in James Macpherson's The Poems of Ossian 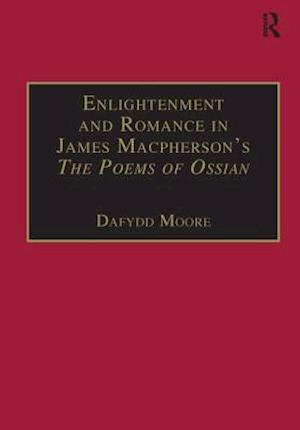 This study examines the relationship between Enlightenment and romance through the work of James Macpherson and in particular his The Poems of Ossian. By re-reading Macpherson's work in ways not restricted by the sterile and by now largely settled debates over authenticity, Moore establishes Ossian's credentials to be considered as romance, in its manner of construction, its represented sensibility, and in its engagement with the potentialities and limitations of eighteenth-century discourses of sympathy and society. An increasing amount has been written on Macpherson over the last ten or so years, and at last it seems possible to talk about The Poems of Ossian without reference to questions of authenticity or charges of forgery. Yet the polarised debate over the authenticity of the Poems has been superseded by equally polarised arguments about such matters as the cultural significance and politics of Ossian, arguments in which the poems have been used as a convenient peg on which to hang various, often predetermined, positions. Fresh and groundbreaking, this study recentres Ossian revisionism by providing an account of a series of works increasingly talked about, but still little read or understood.

Forfattere
Bibliotekernes beskrivelse This study examines the relationship between Enlightenment and romance through the work of James Macpherson and in particular his "The Poems of Ossian".