- A Portrait of 19th Century England 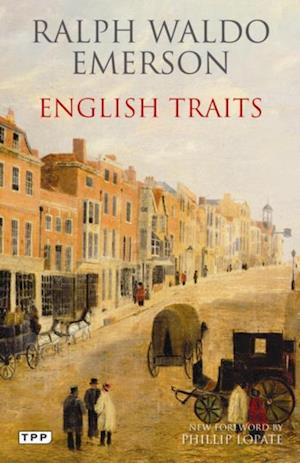 It is the land of patriots, martyrs, sages, and bards, and if the ocean out of which it emerged should wash it away, it will be remembered as an island famous for immortal laws, for the announcements of original right which make the stone tables of liberty.'Emerson visited England twice - in 1833 and again in 1847. On his first visit, as a young and unpublished writer, he travelled to meet the men whose works had inspired him, the giants of 19th century English literature. With Coleridge, 'old and preoccupied' in the year before his death, Emerson discussed religion and the merits of Sicily and Malta; in a desolate house in the Scottish hills he met Thomas Carlyle, the 'lonely scholar', whose humour and lively stories enchanted him and with whom he discussed Rousseau and Robinson Crusoe. With Wordsworth in London, they talked of America and Americans and Wordsworth recited three sonnets of poetry, just composed. On his second trip, having published his celebrated Nature and Essays, he had himself become famous and was f ted by politicians, artists and aristocrats in salons and social gatherings across the country.In England, Emerson recognised the source of everything American - from the laws of society to the plot of a novel. Though he admired her triumphs he also presciently sensed the demise of a country weighed down by the 'drag of inertia'. And though mesmerised by her literature, he would later encourage American writers to forge a style all their own. Written during a decade of great flux for America, England and for Emerson himself, English Traits illuminates Emerson's visionary thought as much as it vividly portrays 19th century England.