English Historians on the French Revolution 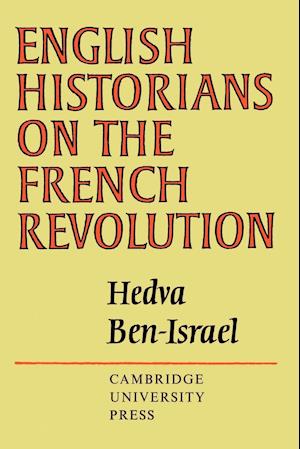 The French Revolution strongly influenced the historical and political thought of nineteenth-century Britain. This study of the historiography of the Revolution demonstrates the successive stages of British opinion, and their relationship to other historical developments. Dr Ben-Israel examines the work of many English historians and thinkers who reflected on the French Revolution, and looks in particular detail at the work of those whose studies of the Revolution figure most prominently in this body of writings. Sinyth, Carlyle, Allson, Croker, Acton and others are considered both as individual writers and as part of a tradition. The author shows that the English historians had certain common aims and methods and above all shared a political point of view, so they can legitimately be grouped together to form a school. This book should be of particular interest to specialists in the French Revolution, historians of British public and political opinion, and students of historiographical method.