English Collusion and the Norman Conquest 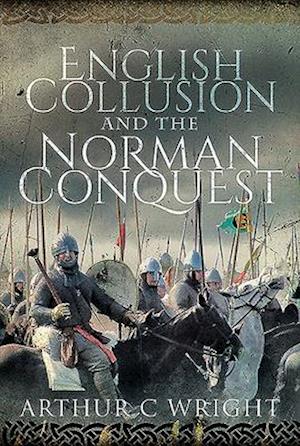 The reality of war, in any period, is its totality. Warfare affects everyone in a society. Here, for the first time, is a comprehensive analysis of eleventh century warfare as exposed in the record of the Norman Conquest of England. King William I experienced a lifetime of conflict on and off so many battlefields. In English Collusion and the Norman Conquest, Arthur Wright's second book on the Norman Conquest, he argues that this monarch has received an undeserved reputation bestowed on him by clerics ignorant alike of warfare, politics, economics and of the secular world, men writing half a century after events reported to them by doubtful sources. How much of this popular legend was actually created by an avaricious Church?

Was he just a lucky, brutal soldier, or was he instead a gifted English King who could meld cultures and talents? This is a tale of blood, deceit, ambition and power politics which pieces together the self-interested distortion of events, brutalizing conflict and superb strategic acumen by using and analyzing contemporary evidence the like of which is not to be found elsewhere in Europe.

By 1072 King William should have been secure upon the English throne, so what went wrong? How did a Norman Duke and a few thousand mercenaries take and hold such a wealthy and populous Kingdom? Even in the 'Harrowing of the North', which probably saw the death of tens of thousands, who was really to blame and why did it happen?