England's Islands in a Sea of Troubles 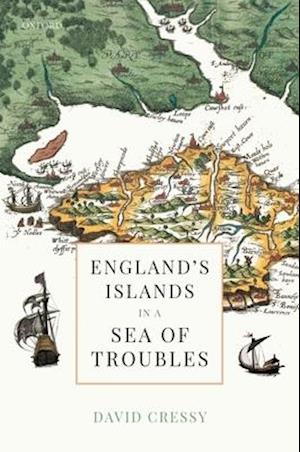 England's Islands in a Sea of Troubles examines the jurisdictional disputes and cultural complexities in England's relationship with its island fringe from Tudor times to the eighteenth century, and traces island privileges and anomalies to the present. It tells a dramatic story of sieges and battles, pirates and shipwrecks, prisoners and prophets, as kings and commoners negotiated the political, military, religious, and administrative demands of the earlymodern state. The Channel Islands, the Isle of Wight, the Isles of Scilly, the Isle of Man, Lundy, Holy Island and others emerge as important offshore outposts that long remained strange, separate, and perversely independent.England's islands were difficult to govern, and were prone to neglect, yet their strategic value far outweighed their size. Though vulnerable to foreign threats, their harbours and castles served as forward bases of English power. In civil war they were divided and contested, fought over and occupied. Jersey and the Isles of Scilly served as refuges for royalists on the run. Charles I was held on the Isle of Wight. External authority was sometimes light of touch, as English governments used theislands as fortresses, commercial assets, and political prisons. London was often puzzled by the linguistic differences, tangled histories, and special claims of island communities. Though increasingly integrated within the realm, the islands maintained challenging peculiarities and distinctivecharacteristics. Drawing on a wide range of sources, and the insights of maritime, military, and legal scholarship, this is an original contribution to social, cultural, and constitutional history.

Forfattere
Bibliotekernes beskrivelse This book examines England's relationship with its island fringe from the Tudor times to the eighteenth century. It tells the dramatic story of sieges and battles, pirates and shipwrecks, and kings and commoners negotiating the political, military, and administrative demands of the early modern state.