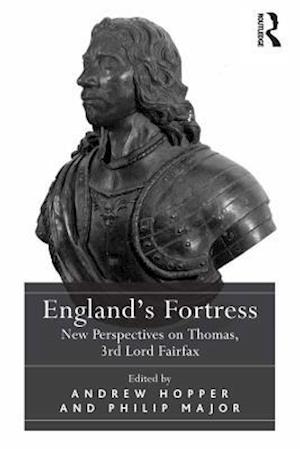 Overshadowed in the popular imagination by the figure of Oliver Cromwell, historians are increasingly coming to recognize the importance of Thomas Fairfax, 3rd Lord Fairfax of Cameron, in shaping the momentous events of mid-seventeenth-century Britain. As both a military and political figure he played a central role in first defeating Charles I and then later supporting the restoration of his son in 1660. England's Fortress shines new light on this significant yet surprisingly understudied figure through a selection of essays addressing a wide range of topics, from military history to poetry. Divided into two sections, the volume reflects key aspects of Fairfax's life and career which are, nevertheless, as interconnecting as they are discrete: Fairfax the soldier and statesman, and Fairfax the husband, horseman and scholar. This fresh account of Fairfax's reputations and legacy questions assumptions about neatly demarcated seventeenth-century chronological, geographic and cultural boundaries. What emerges is a man who subverts as much as he reinforces assumed characteristics of martial invincibility, political disengagement and literary dilettantism.