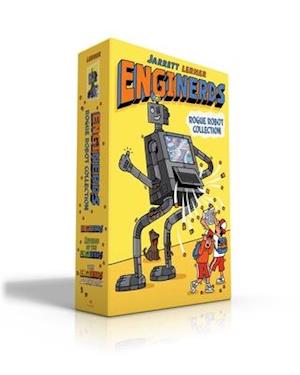 The battle between kids and bots is on in this funny, fast-paced middle grade series Ken is an EngiNerd: one of a supersmart group of friends--all nerds--who have been close since kindergarten. They may be brainiacs, but their lives are just like everyone else's. Well, except for the time when Dan unleashed a horde of ravenous robots. Or when UFO-obsessed new girl Mikaela not only tried to join their all-guys group, but attempted to make contact with aliens. Or when those aliens planned to demolish Earth and the EngiNerds needed to save the planet But other than that--totally normal. Dive into the hi-tech adventures in this hardcover boxed set including: