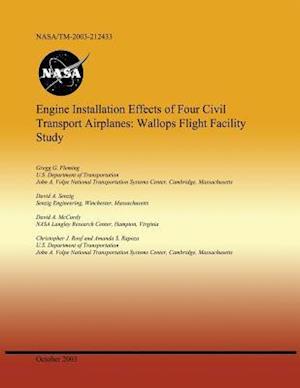 This report examines the effects of airplane geometrical configuration on the acoustic directivity characteristics and on the propagation of airplane noise. This effect of airplane geometry is referred to in this report as "engine installation effects." Engine installation effects are one of the components of lateral attenuation. Lateral attenuation in the Federal Aviation Administration's (FAA) Integrated Noise Model (INM) has been based on the methods described in the Society of Automotive Engineers' (SAE) Aerospace Information Report (AIR) 1751. Released in 1981, SAE-AIR-1751 is founded on data measured in the 1960s and 1970s. The Boeing B-727 airplane, which has an engine location not used on more modern large civil transports, dominated these measurements. Long-term measurements conducted with airport noise monitoring equipment have shown that the lateral attenuation algorithms in SAE-AIR-1751 tend to predict too much attenuation for modern airplanes.