Enemies in the Empire

- Civilian Internment in the British Empire during the First World War 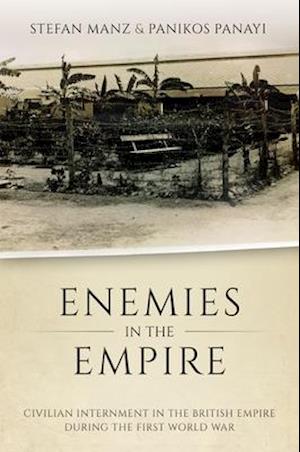 During the First World War, Britain was the epicentre of global mass internment and deportation operations. Germans, Austro-Hungarians, Turks, and Bulgarians who had settled in Britain and its overseas territories were deemed to be a potential danger to the realm through their ties with the Central Powers and were classified as 'enemy aliens'. A complex set of wartime legislation imposed limitations on their freedom of movement, expression, and property possession.Approximately 50,000 men and some women experienced the most drastic step of enemy alien control, namely internment behind barbed wire, in many cases for the whole duration of the war and thousands of miles away from the place of arrest. Enemies in the Empire is the first study to analyse British internment operations against civilian 'enemies' during the First World War from an imperial perspective. The narrative takes a three-pronged approach. In addition to a global examination, the volume demonstrates how internment operated on a (proto-) national scale within the three selected case studies of the metropole (Britain), a white dominion (South Africa), and a colony under direct rule (India). Stefan Manz and PanikosPanayi then bring their study to the local level by concentrating on the three camps Knockaloe (Britain), Fort Napier (South Africa), and Ahmednagar (India), allowing for detailed analyses of personal experiences. Although conditions were generally humane, in some cases, suffering occurred. The study arguesthat the British Empire played a key role in developing civilian internment as a central element of warfare and national security on a global scale.

Forfattere
Bibliotekernes beskrivelse Enemies in the Empire demonstrates how Britain developed a global system of mass deportation and internment during the Great War. Using case studies in Britain, South Africa, and India, the authors place these internees into the broader history of internment, the history of the First World War, and the history of the British Empire. 25 black and white figures/illustrations