Enemies for a Day 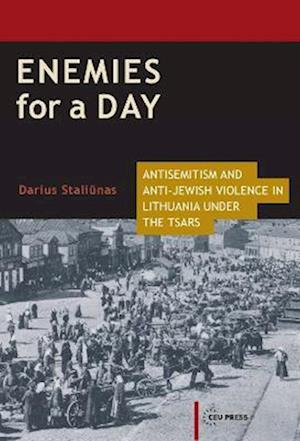 This book explores anti-Jewish violence in Russian-ruled Lithuania. It begins by illustrating how widespread anti-Jewish feelings were among the Christian population in 19 th century, focusing on blood libel accusations as well as describing the role of modern antisemitism. Secondly, it tries to identify the structural preconditions as well as specific triggers that turned anti-Jewish feelings into collective violence and analyzes the nature of this violence. Lastly, pogroms in Lithuania are compared to anti-Jewish violence in other regions of the Russian Empire and East Galicia. This research is inspired by the cultural turn in social sciences, an approach that assumes that violence is filled with meaning, which is 'culturally constructed, discursively mediated, symbolically saturated, and ritually regulated.' The author argues that pogroms in Lithuania instead followed a communal pattern of ethnic violence and was very different from deadly pogroms in other parts of the Russian Empire.