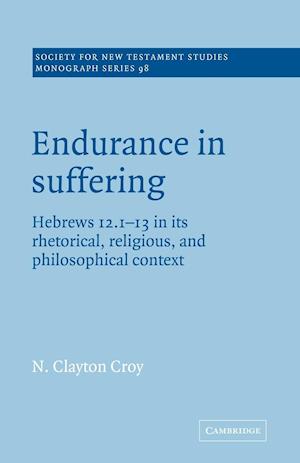 Hebrews 12: 1-13 portrays the suffering of the community to which it is addressed by means of two images: an athletic contest, and God's fatherly discipline. In this 1998 book, N. Clayton Croy provides a thorough exploration of the theme of suffering in the Jewish and Graeco-Roman traditions, and surveys the different interpretations of this passage which have been offered by Christian writers over the centuries. He argues that the concept of 'training' unites the passage, which presents Jesus as the supreme athlete, an agonistic exemplar for those running the race. These verses also support a non-punitive understanding of discipline, in which God's children undergo a positive process of education. The educative notion of paideia combines with images of athletic training to establish a call to faithful endurance rather than repentance.