Encyclopedia of Journalists on Film 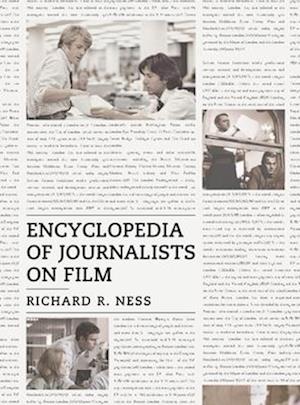 From All the President's Men to Zodiac, some of the most compelling films of the last century have featured depictions of journalists in action.While print journalism struggles to survive, the emergence of news from social media outlets continues to expand, allowing the world to be kept informed on a second-bysecond basis. Despite attacks on journalistsboth verbal and physicala free press remains a crucial bastion for civilized society. And just as the daily news reflects the current state of affairs, films about journalism represent how reporting has evolved over the last few centuries.In Encyclopedia of Journalists on Film, Richard R. Ness provides a comprehensive examination of the fourth estate in cinemafrom newspaper reporters to today's cyber journalists. In this volume, Ness provides in-depth descriptions and analyses of more than five hundred significant films, from the silent era to the present, including international productions and made-for-television movies. The entries focus on the image of the press on screen and ethical issues or concerns raised about the practices of the profession. Collectively, the entries demonstrate that there is a recognizable genre of journalism films with definable plot patterns and iconography. Each entry features:Major credits including directors, writers, and producersList of characters and the actors who portray themRunning timePlot synopsisAnalysis of the role of journalismMany of the entries feature critical reviews as well as cogent selections of dialogue. Films discussed here include comedies such as His Girl Friday (1940), nail-biting thrillers like Foreign Correspondent (1940) and The Parallax View (1974), social commentaries like Network (1976) and The China Syndrome (1979), dramas like Citizen Kane (1941) and The Post (2017), and of course, Academy Award winners All the President's Men (1976) and Spotlight (2015). A definitive study of a film genre, Encyclopedia of Journalists on Film will be of interest to film scholars, researchers, journalists, and students of popular culture.