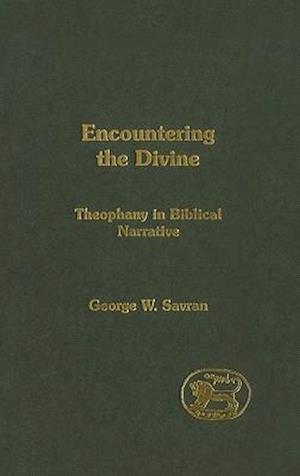 A study of the literary dynamics of the divine-human encounter as reflected in biblical narrative. An examination of the literary and theological dynamics of the divine-human encounter as reflected in theophany narratives in the Hebrew Bible. The point of departure for this study is a type-scene analysis which reveals a common structure to theophany narratives. Beginning with the separation of the protagonist from human society, the text moves to a visual and verbal revelation by the Deity, and records a range of human reactions to the experience. Each of the texts concludes with a description of a more externalized reaction, which marks the carrying over of the experience into a larger societal framework. The analysis develops the underlying structural and contentual similarity among texts which have traditionally been understood as belonging to different literary genres. The discussion offers a nuanced treatment of the range of literary strategies employed by the narrative for addressing these elements.In addition to a detailed analysis of each of the above components of the type-scene, there is discussion of issues such as the idea of the lethal nature of the encounter and intertextual relations between the narratives. This is volume 420 of the Journal for the Study of the Old Testament Supplement series.