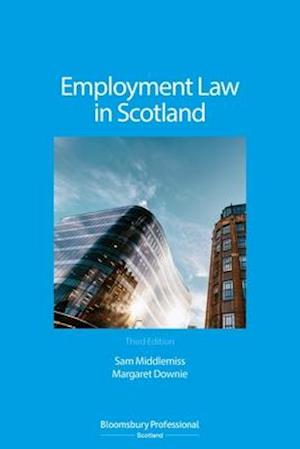 Employment Law in Scotland brings together in a single comprehensive guide all the areas of employment and labour law relevant to the parties involved in the employment relationship in Scotland.Each area of employment is considered in depth and includes references to relevant primary and secondary research materials in the UK and further afield.The differences between Scottish employment law and the rest of the UK are considered including differences in contract law, including third party rights; holiday entitlements; claims in breach of contract; the Employment Appeals Tribunal process and Civil Court procedure. The third edition of this text has been updated to cover recent significant case law and also to include: * The Scottish Affairs Committee inquiry into zero hours contracts and the increase in 'gig economy'* Coverage of the recent elimination of employment tribunal fees by the UK Supreme Court * Ongoing discussions in the Scottish parliament regarding changes in legislation on sexual harassment in the workplace* The possible implications of Brexit on future European Court of Justice employment law