indgår i serie Narratives of Empire 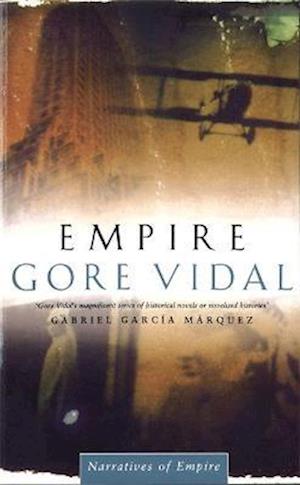 Here is the story of arguably America's finest hour; of the time when the twentieth century dawned, Queen Victoria died, and America, basking deliciously in excess wealth, rather thought it might snap up an empire of its own. Yet while politicians muse over the potential of China or the Philippines - even Russia - empires are being built at home; railway empires; industrial empires; newspaper empires. Into this arena float the delectable Caroline Sanford, putative heiress and definite catch. Caroline is an oddity; she has been raised in France where they teach rich girls to talk and think. American society women, required only to think of themselves as the most interesting beings on earth, are rather alarmed. American men are amused - until Caroline shirks from marriage, sues her brother, buys a newspaper, and becomes that even greater oddity - a powerful woman. Mingling with the movers and shakers of the day - with President McKinley, Theodore Roosevelt, William Randolf Hearst, Henry James, the Astors, Vanderbilts and Whitneys - Caroline Sanford echoes the glorious passage of the United States as it sweeps into a new century, reaching boldly for the world.