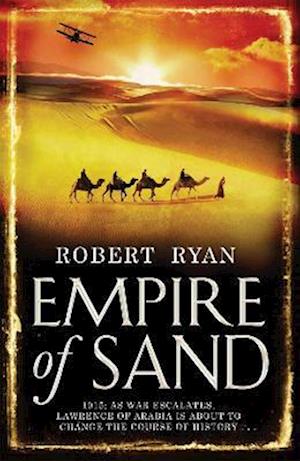 1915: While the war in Europe escalates, a young intelligence officer named Thomas Edward Lawrence is in Cairo, awaiting his chance for action. His superiors, however, have consigned him to the Map Room at GCHQ. But there's more to Lieutenant Lawrence than meets the eye. A man of immense energy, he runs a network of agents across the Levant. Lawrence is convinced that an Arab revolt is the only way to remove the Ottoman presence, and leave a free, self-governed Arabia. Soon alarming reports reach him of trouble in Persia, orchestrated by infamous German agent Wilhelm Wassmuss. Intent on taking down Wassmuss, Lawrence assembles a small group and travels to Persia. Little does he know that his actions will bring about a resolution that might just save the lives of millions of men in the trenches of Europe.