- Firestone's Scramble for Land and Power in Liberia 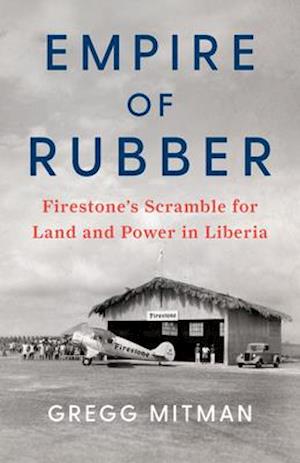 An ambitious and shocking expose of America's hidden empire in Liberia, run by the storied Firestone corporation, and its long shadowIn the early 1920s, Americans owned 80 percent of the world's automobiles and consumed 75 percent of the world's rubber. But only one percent of the world's rubber grew under the U.S. flag, creating a bottleneck that hampered the nation's explosive economic expansion. To solve its conundrum, the Firestone Tire and Rubber Company turned to a tiny West African nation, Liberia, founded in 1847 as a free Black republic.Empire of Rubber tells a sweeping story of capitalism, racial exploitation, and environmental devastation, as Firestone transformed Liberia into America's rubber empire.Historian and filmmaker Gregg Mitman scoured remote archives to unearth a history of promises unfulfilled for the vast numbers of Liberians who toiled on rubber plantations built on taken land. Mitman reveals a history of racial segregation and medical experimentation that reflected Jim Crow Americaon African soil. As Firestone reaped fortunes, wealth and power concentrated in the hands of a few elites, fostering widespread inequalities that fed unrest, rebellions and, eventually, civil war.A riveting narrative of ecology and disease, of commerce and science, and of racial politics and political maneuvering, Empire of Rubber uncovers the hidden story of a corporate empire whose tentacles reach into the present.